Top 10 Most Heated Sports Interviews Of All Time 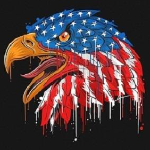