The Mine Where Everyone Missed

Category:
Entertainment
Description:
While accurate, the title demands an explanation… Yes, everyone missed here. As you’ll see in this, and subsequent videos, this is a failed placer mine. The many gold miners that worked here were desperately searching for the ancient river channels that so many other mines in the mining district had tapped into with immense success. In their search for those gold-filled channels, the miners at this mine explored underground to the right, left, up and down within the claim boundaries. However, quite simply, they missed… Fortunately, their efforts make for a quite unique and interesting abandoned mine.

Then, Adit Addicts and I arrived at this mine site. We had a verbal description of where the adit was and even a fairly precise location from a topographic map. After looking all over the place for this adit on multiple visits, but failing to locate it, we eventually concluded that it had eroded shut and been lost forever. However, quite simply, we missed…

Following the visits from Adit Addicts and me, our pals in the U.S. Forest arrived on the scene and, to their eternal disgrace, they have succeeded in mostly destroying this historic mine. They THINK they have completely destroyed it. However, quite simply, they missed… Well, they missed this adit - which is the main adit at the mine.

Finally, Adit Addicts, on a return trip over the winter, did NOT miss. It was through a stroke of luck that he was able to locate this adit, but locate it he did. To be fair to the miners, to us and, yes, even to the Forest Service, this is not an easy mine to locate or one that presents easy working conditions…

To say that we were surprised by how extensive this mine turned out to be would be a huge understatement. I have to be careful in sharing much information on this one as I do not want the Forest Service to return and finish their destruction. However, it is very interesting to look at the ownership records of this mine as it changed hands over and over again as one disillusioned miner after another apparently dumped it on the next sucker. Also, as was alluded to in our conversation inside of the mine about the Chinese miners, quite a diverse array of ethnic groups mined here. I’d love to give more details. Perhaps one day we will have more enlightened governance and I can share so much more about the abandoned mines we visit…

So, I promised to talk about the “strips” I am constantly referencing on what look like rails… Traditional rails, whether they are for trains or ore carts, are heavy and expensive. Thus, for miners operating on a budget in locations that are difficult to reach, a lighter and cheaper alternative ranks high on their wish list. From this, were born wooden “rails.” The miners would take sturdy boards (lighter and cheaper) and lay these down in the same configuration as rails. They would then take thin strips of metal (some people call them straps) and would nail these down on top of the boards. The boards are not as sturdy or as smooth as rail, but they get the job done. The metal strips on top of the boards are to protect the wood from being immediately destroyed by the metal ore cart wheels. One will often see those metal strips scattered around old mines as the boards and strips had to be replaced often.

The YouTube channel for Adit Addicts can be found here:

All of these videos are uploaded in HD, so adjust those settings to ramp up the quality! It really does make a difference.

You can see the gear that I use for mine exploring here: https://bit.ly/2wqcBDD

You can click here for my full playlist of abandoned mines: https://goo.gl/TEKq9L

Growing up in California’s “Gold Rush Country” made it easy to take all of the history around us for granted. However, abandoned mine sites have a lot working against them – nature, vandals, scrappers and various government agencies… The old prospectors and miners that used to roam our lonely mountains and toil away deep underground are disappearing quickly as well.

These losses finally caught our attention and we felt compelled to make an effort to document as many of the ghost towns and abandoned mines that we could before that colorful niche of our history is gone forever.

I hope you’ll join us on these adventures! 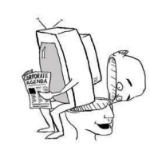 Check this Out 5 months
{imgURL}
{title}