Fall Of The Republic 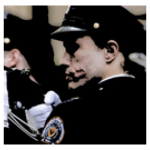 Sign in to add this video to a playlist. Login
Report 0 2

Category:
Education
Description:
Fall Of The Republic: The Presidency Of Barack H. Obama documents how an offshore corporate cartel is


bankrupting the U.S. economy by design. Leaders are now declaring that world government has arrived and that the dollar will be


replaced by a new global currency. President Obama has brazenly violated Article 1 Section 9 of the U.S. Constitution by seating


himself at the head of United Nations' Security Council, thus becoming the first U.S. president to chair the world body.


scientific dictatorship is in its final stages of completion, and laws protecting basic human rights are being abolished worldwide; an


iron curtain of high-tech tyranny is now descending over the planet. A worldwide regime controlled by an unelected corporate elite is


implementing a planetary carbon tax system that will dominate all human activity and establish a system of neo-feudal slavery. The


image makers have carefully packaged Obama as the world's savior; he is the Trojan Horse manufactured to pacify the people just long


enough for the globalists to complete their master plan.


the power elite have in store for humanity. More importantly it communicates how we the people can retake control of our government,


turn the criminal tide and bring the tyrants to justice. 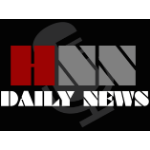