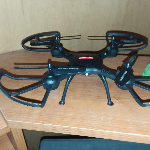 Rogan made the comments during his show on Thursday while discussing a series of gaffes made by Biden.

Rogan has warned Democrats to call-out their own side or they will suffer the same consequences as 2016 at the ballot box. 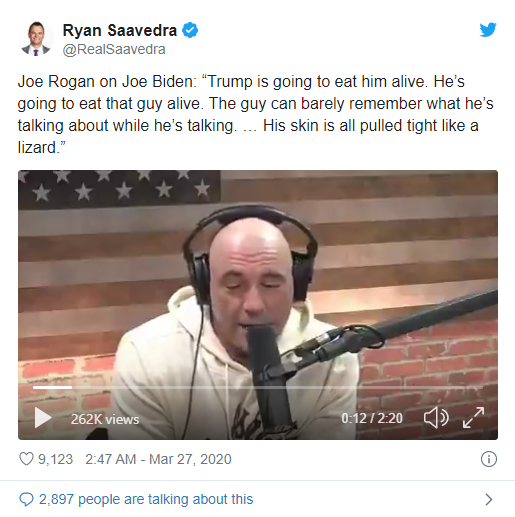 The host then played a series of TV show appearances from the last several days where Biden appears confused, makes awkward long pauses while speaking, or stumbles on his words, Among the clips was an interview on “The View” where Biden said, “We have to take care of the cure. That will make the problem worse no matter what.”

Rogan said that Biden’s verbal faux pas are a sign the former vice president “doesn’t know what he’s talking about when he’s talking.”

The comedian then noted, “That’s not a normal way to communicate — unless he’s high as f***,” while explaining “he doesn’t look good either — and they got makeup on him. His skin is all pulled tight like a lizard.”