Category:
News
Description:
“The BEST thing to ever happen to me financially was when I was kicked off Food Stamps because I started making too much money. 26 years ago, I was homeless and sleeping on the streets of Atlanta. Through the Grace of God, hard work and the support from many fellow Americans (blacks, whites, Jews &amp; Gentiles); I conquered my adversity and started living my American Dream independent from Government Assistance.


This spirit of American Exceptionalism is what MAGA is all about. The United States gives each person the BEST chance of success to work hard and become the greatest version of themselves while embracing patriotism, faith and a willingness to help others become free. Our country is not perfect and it’s going to take ALL of us to make America great for MORE of us. We don’t have to always agree, but we can work together through mutual respect to create a more perfect union.” YG Nyghtstorm


5 years ago, YG Nyghtstorm walked away from the Democratic Party. Here's why...


1. Democratic leaders told me to STOP talking about Christ so much because God offends some of their base. God has given me everything, so I refused.


2. My twins Howard &amp; Hank were aborted in 1999. My PROLIFE stance offended some of their base. They told me to stop talking about saving the unborn, but I refused.


3. The Dems did not like my love for America as some became relentless with their social media attacks against me calling me a coon, sell-out, Uncle Tom and traitor to my race, but I DON'T CARE.


YG Nyghtstorm is a former Democrat, now a Conservative Political Advocate that teaches people that they no longer have to be trapped in a “victimhood” status. SHOWING others that faith, hard work and building positive relationships is a gateway to success and achieving the American Dream. This proud father of 7 children loves his country and wants to keep it great for many generations to come!


PLEASE SUPPORT THIS CHANNEL ( https://www.paypal.me/nyghtstorm )
You must login to be able to comment on videos
Reply 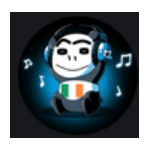