Sign in to add this video to a playlist. Login
Send a Tip Report 0 1

Category:
News
Description:
Well, polls show that Joe Biden is holding a steady lead over President Donald Trump in key swing states, and the clock is running out on his chances of making a comeback. With more on this, I want to bring in Patrick Basham from the Democracy Institute. Patrick is in Washington DC, and his polls show something different

Good morning Patrick, glad you could be with us. Good morning great to be with you. Almost every poll out there except for yours shows that Joe Biden is on a straight path to re-election. Why is your poll different?

Mine and a couple of others who predicted Trump would win in 2016, as you say, is saying that Trump is very competitive at least and probably going to get reelected. The reason it's really who we think is going to show up to vote. You can watch the full CTV Canada news clip blow.
You must login to be able to comment on videos
Reply 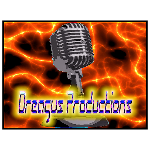