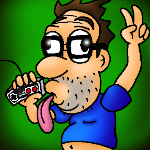 Category:
zdefault
Description:
Originally Streamed on YouTube on: 17th October 2020 (A DAY after TVNZ's Livestream which was live streamed on the 16th, the day before. How can a the election day be on two different days? Are one or both pre-recorded? Either way, they both seem incredibly bias towards the Labour party and Jacinda Ardern.

You're joining us on the official YouTube channel for MediaWorks' Newshub. Here you will find livestreams and news videos from our award-winning team of journalists working across our bulletins and shows - The Project NZ, The AM Show and Newshub Nation.