Category:
Entertainment
Description:
I was thinking,


Dickheads dickheads everywhere but not a dick to, well never mind about that, here’s my very objective list about what makes someone a dickhead or if you want to specify, a dick end. Identify with several of these and you could be somewhere on the dickhead scale.


Number one: you are sarcastic.


Oh god there’s nothing worse than when you ask someone’s opinion about something and they tell you the exact opposite, curling their lips and hissing their words in utter contempt, except for maybe people who don’t understand sarcasm. They say sarcasm is the lowest form of wit, but it’s still wit I suppose, but like much behaviour what makes it bad is when it becomes a tool of passive aggression.


What is more passive aggressive than writing notes, or even worse, sending post-it style notes via text message, you know the sort of shady rage-filled coward, waiting for you to leave in the morning before sending you a text on your way to work telling you that you need to clean the bathroom and you’re not allowed to invite any more of your bar friends back to the house. Sometimes I wish I’d never got married.


The country is run by vested interests, the middle east is a prime example of amoral real politik, the sugar lobby have grown fat at the expense of everyone else doing the same, why are there cars on fire in the street, police brutality, it’s raining, it’s too sunny, there’s not enough cream on my scone. For god sake no one likes a whiner. I hate them so much, they don’t know how lucky they are and all they do is complain and complain and complain.


Being a hypocrite doesn’t mean you’re wrong – I might state now that drink driving is wrong and me wrapping my VW papagenlagen around the northern hemisphere’s oldest willow tree try isn’t going to change that, unless of course me doing that results in me also finding a hidden cache beneath the felled tree, containing a dummy’s guide to formulating a cure to cancer. Here’s a shocker, turns out it’s avocado and cigarettes. Still, who can get away with saying something is wrong and doing it anyway? Only nations and ideologies surely, although maybe you can too if you’re more incestuous than Hollywood and you’re playing your own game of thrones.


Number five: you are morally superior.


There’s not much more grating than people who think they’re better than you – oh you’re eating bacon are you, well that’s your choice – and it was your choice to invite me to this fucking Bar Mitzvah. You get a lot of this everywhere but not least online, with Socratic questioning employed to open people up to a barrage of criticism: imagine being in a bar and hearing two men enthusiastically talking about god before loudly going up to them and asking them for proof there isn’t a spaghetti filled teapot at the controls. What a dick cock – forgetting that only spaghetti filled crockery can judge.


Number six: you are morally inferior.


Tripping people up in corridors, knocking on doors and running away, shitting into glass bottles and then throwing them at buses; that’s how Hitler started.


And as the famous saying goes, no one likes a rapist.


Number eight: you pretend you’re not a dickhead.


Number nine: people have to know what you think.


Of course there are many undesirable traits in everyone, but those butt munchers who sit quietly and vent their rage on their loved ones behind closed doors never seem to get people’s backs up much and that’s because there an immense value in not getting all up in my face with your immense bullshittery. Even if I agree with you on something, I do not want to hear your impassioned monologue about it. I do not care about you, strawman. Your ideas are welcome if we’re having a conversation, if it’s relevant, funny, or not about you making yourself feel less insignifcant.


Also be sure to check out my video where I tell you why your favourite film is shit.


Number ten: you could have been someone but events conspired against you.


Well anyone could have been someone couldn’t they – you’ve just got pick your battles -Danny DeVito was never going to run 100m at the Olympics, but of course there’s nothing wrong with not achieving anything either, just in that case sit down and shut up.


Well in short here’s the list, if you answered yes you get one point – where are you on the list? I don’t care.


Just a thought.
You must login to be able to comment on videos
Reply 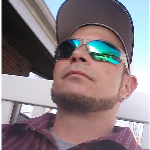