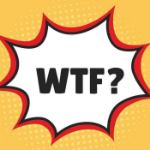 Category:
Education
Rating:
Description:
This video has been uploaded for educational purposes.


This came from 2 different video sources and spliced it together.


A Missouri officer shot while responding to a call in North St. Louis County has died and a suspect is in custody, according to police.


Officer Michael Langsdorf, who had been with the North County Police Cooperative for three months, was responding to a bad check report at a business, the department’s chief, John Buchannan, told reporters on Sunday.


Langsdorf, 40, was shot by the person trying to cash the bad check, police said. He did not identify the suspect.


Buchannan spoke with reporters outside a St. Louis hospital where Langsdorf had been taken after the shooting. Buchannan said a gun was recovered from the scene.


Langsdorf had 17 years of prior police experience, according to a post on the North County Police Cooperative’s Facebook page.

https://www.foxnews.com/us/missouri-officer-shot-while-responding-to-call-has-died-suspect-in-custody-police
You must login to be able to comment on videos
Reply