Category:
Education
Description:
The Yamato battleship is the pinnacle of the battleship type. The biggest battleship in the world, and the best known Japanese Navy ship. Sadly remembered for her defeat in her last battle against 227 American aircraft, which became a demonstrative execution and ended with the giant being defeated and the hopes of the Japanese command crashed.


Built in secret, and at great expense, she emerged as the largest battleship in history.


Born to terrify her enemies, she'd cost eight billion USD to build in today's dollars. She represents the pinnacle of battleship building, but launched at a key turning point in naval warfare history. The rise of aircraft-based naval combat left her immensely powerful, but ill-equipped to fight sustained air attacks. Still, nothing captures the imagination of naval aficionados quite like Yamato. There's a mountain of knowledge just below the surface. Press "Play!"


Naval Legends is a series about the construction, service, and daring deeds of legendary 20th-century ships. 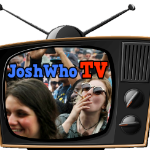