The Fate Of The World Is Sealed 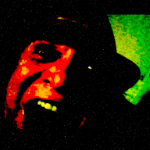 
On the West Coast of the U.S.A. and on every Coast of all Nations on this Planet, Nuclear Radiation and Contamination from Fukushima, has penetrated to transform all the life sustaining qualities of Water, Earth, Wind and Fire. What are left are the putrid measurable remains of a once Magnificent and Glorious World, full of beautiful vibrant harmonious life. The Mainstream Media with their soldiers of misfortune, the Journalists, have collectively misrepresented and redefined the Truth of Fukushima. They provide only to reinforce their controllers' agenda, of nothing less than a ruthless mind control, to prepare and serve a dish of calm and apathy. Meanwhile, Fukushima deploys its' death deliverance upon every fabric of Humanity, with the Nuclear Radiation and Contamination proceeds of Fukushima. Let's evaluate and consider some information which confirms that nothing along the coasts or any spot on or above Planet Earth is safe. The Nuclear reality now in B.C. Absolutely delivers life ending emergency; The Fukushima Nuclear Radiation and Contamination impact for local marine life, and the effect it has on humans. A radioactive metal from the Fukushima nuclear plant disaster in Japan is now in the Fraser Valley, causing researchers to expose the truth about the long-term impact of radiation on B.C.'s west coast. The soil sample from Kilby Provincial Park, near Agassiz [approx. 100 km east of Vancouver coast], is for the first time in this province full of Cobalt-58, Cobalt-60, Krypton-85, Krypton-85m, Krypton-87, Krypton-88, Rubidium-86, Strontium-89, Strontium-90, Strontium-91, Yttrium-90, Yttrium-91, Zirconium-95, Zirconium-97, Niobium-95, Molybdenum-99, Technetium-99m Ruthenium-103, Ruthenium-105, Ruthenium-106, Rhodium-105, Tellurium-127 Tellurium-127m, Tellurium-129, Tellurium-129m, Tellurium-131m, Tellurium-132 Antimony-127, Antimony-129, Iodine-131, Iodine-132, Iodine-133, Iodine-134 Iodine-135, Xenon-133, Xenon-135, Cesium-134, Cesium-136, Cesium-137 Barium-140, Lanthanum-140, Cerium-141, Cerium-143, Cerium-144 Praseodymium-143, Neodymium-147, Neptunium-239, Plutonium-238 Plutonium-239, Plutonium-240, Plutonium-241, Americium-241 and Curium-242, further evidence of Fukushima radioactivity being transported to Canada by air and water. Its presence in the environment is proof positive, of a total Nuclear Contamination from Fukushima. The samples were taken near the mouth of the Harrison River, on Nov. 16, 2013. Samples of Chinook, sockeye and chum spawning salmon nearby are nearly all dead and or mutated to near extermination is a total fact, of Fukushima Nuclear Radiation Contamination. This is no surprise. It means the ongoing emissions from the Melt-Downs of Fukushima continue its voyage of devastation. It's a fact to us that this is a planetary issue. The Canadian Government is not doing anything. It should be taking actions to inform Canadians, how these contaminants are impacting life, and that there are no levels of Nuclear Contamination that are safe, and to expect the worst, that is to come next. The impact on the animals is mind numbing, as is the cumulative impact on the marine environment, which in total provides for all the existence of Humanity. I expect that Humans at the top of the food web are moving towards extinction in the future. The on going long-term effects of Fukushima to all living organisms are uncontainable. The fate of the World is sealed and with 5G ► GUARANTEED.