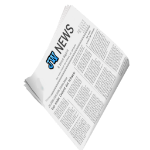 Category:
Caught on Video
Description:
After Antifa &amp; Black Lives Matter rioters were dispersed by both Portland Police and State Troopers, following the attack on the East Precinct, they tried to blind a woman at her home with lasers, attacking her - both physically and violently intimidating her.

Antifa changed from rioting outside Federal Courthouse - to residential parts of the city.

“The woman was wearing a swastika armband. I don’t care what she was wearing. The rioters came to her home in middle of the night &amp; assaulted her. They demanded she remove the armband or they would remove it for her. This is after they set fire to the east precinct” [Tweet, Andy Ngo @MrAndyNgo]

“Don't point a laser at anyone's eyes. The display of the Swastika is protected speech by the First Amendement (not in Germany though). Keep your hands to yourself, especially if you are on private property. This is not non-violent protest. White folks have hijacked the BLM” [Tweet: Paul Robeson @No_Signal00]


“Portland Mayor Wheeler on last night's protests in East Portland, during a press call: "Last night 200-300 people went to the East Precinct intent on violence. The violence I am talking about is not vandalism. I mean specifically violence against people” [Tweet Alex Zielinsky @alex_zee] 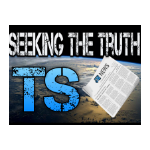